KappAhl and Liamoo collaborate in support of a good cause 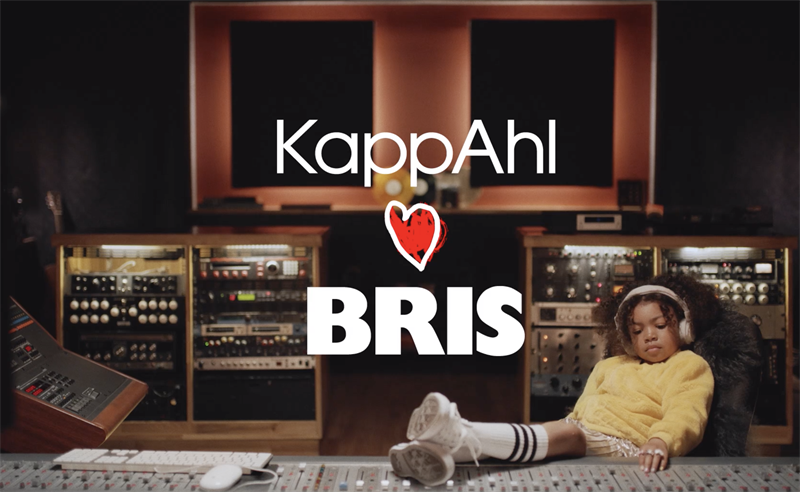 These uncertain times make it even more important that organisations like BRIS, Kors på Halsen, Mannerheimförbundet and FDDS can stay open to keep supporting kids and young people. Which is why KappAhl has been collaborating with singer Liamoo to create music that highlights their important work.

This year, the world has turned upside-down. Which is why it’s crucial that organisations like BRIS, Kors på Halsen, Mannerheimförbundet and FDDS can stay open to answer anxious questions and give advice and support to children who are struggling, whatever the reason. This spring, BRIS has received more calls from kids than ever before, and the return to school in the autumn also tends to see an increased need for support.

In August, KappAhl will launch its annual autumn campaign to highlight and support the important work of BRIS, Kors på Halsen, Mannerheimförbundet and FDDS. This year, KappAhl has also chosen to work with the singer Liamoo, who has made a song about how everyone is just fine the way they are. During the campaign, KappAhl’s customers will be offered the chance to round up their purchase amounts in aid of BRIS, Kors på Halsen, Mannerheimförbundet and FDDS, and a portion of the proceeds from the song’s Spotify plays will also be donated.

“The importance of talking lies at the heart of BRIS’ work; that no issues are too big or too small, and that there is always someone there to listen and offer moral support. I believe that many of us can and want to play a part in creating a better society for kids. So we are happy that KappAhl and Liamoo want to get involved in supporting our work,” says Magnus Jägerskog, Secretary General at BRIS.

KappAhl’s marketing manager for Kids, Madeleine Ahlström, says: “We think that, besides having a fantastic voice, Liamoo is an excellent fit for this campaign. By talking openly about his background and struggles with loneliness, he is a great role model for children and young people.”

“I think that these organisations’ work is so important, and having the chance to make a difference with our song, which spreads a message of hope, togetherness and strength, feels great. It means a lot to help to share the message that these organisations are there for kids, and how they can get in touch with them. To help make kids’ voices heard,” says Liamoo.

It is hoped that kids as well as their parents will be able to sing and dance to the song, and make their own TikTok videos. The song will be released on Spotify and YouTube, and it will also be available to stream on KappAhl’s, BRIS’s, Kors på Halsen's, Mannerheimförbundet's, FDDS's and Liamoo’s social channels.

“Many children and young people are still going through tough times, and by telling our customers that they can help to raise money for BRIS, Kors på Halsen, Mannerheimförbundet and FDDS, we hope that we will be able to help keep the lines to them open for as long as it takes,” Ahlström concludes.

For many years, KappAhl has supported the important work that BRIS, Kors på Halsen, Mannerheimförbundet and FDDS do, providing help and support to children and young people. Thanks to regular fundraising drives, including special product sales that donate proceeds to these organisations, since 2012 KappAhl and its customers have raised SEK 10 million for BRIS, NOK 3.3 million for Kors på Halsen, EUR 140,000 for Mannerheimförbundet and PLN 312,000 for FDDS.

LIAMOO broke onto the music scene in 2016 with the hit “Playing with Fire”, which peaked at #3 on Spotify and has since gone platinum with over 8.5 million streams. Since then, he has knocked out the hits with “Last Breath”, “Hold You”, and “Forever Young”, a collaboration with John De Sohn. His music has been streamed over 60 million times, and is regularly played by radio channels such as NRJ, RIX FM, MIX and P3 Radio Sweden.

KappAhl, founded in 1953 in Gothenburg, is a leading fashion chain in the Nordic region, with around 380 KappAhl and Newbie stores in Sweden, Norway, Finland, Poland and the UK, together with Shop Online. The KappAhl team is made up of some 4,000 colleagues, across 400 workplaces and ten countries. Where our backgrounds, ages, skill sets and styles may differ, what unites us all is our drive: to give people the chance to dress well. And to offer responsible fashion that feels right – for the wearer as well as for the wider world. Today, 58% of our products are labelled as sustainable, and our goal is for 100% to be made of more sustainable materials by 2025. For more information, visit www.kappahl.com.

BRIS – Children’s Rights in Society – is a leading children’s rights organisation in Sweden that fights for a better world for children every day. The popular Children’s Rights in Society movement started in 1971, and led to Sweden becoming the world’s first nation to ban corporal punishment on children. Basing its work on the UN Convention on the Rights of the Child, BRIS supports children in vulnerable situations, mobilises society in support of children’s rights, and lobbies decision-makers to encourage a society in which children know their rights, and where such rights are upheld. 365 days a year, BRIS' support services offer children and young adults aged up to 18 an anonymous and free way to email, chat, or call a counsellor. For more information, visit www.bris.se