Kappahl's history begins over 60 years ago in a basement in Gothenburg. This is where Per-Olof opens a coat store with the motto "We will give many people the opportunity to be well dressed". It is an instant success.

It's the beginning of the 1950s, and 30-year old Per-Olof Ahl is working as a travelling salesman. On his trips around the country he sees women in shabby and dated coats everywhere. Buying a new coat is a big investment for many people at that time, the prices are far too high.

Per-Olof decides to change this.

In the spring of 1953, he opens his very own coat store, in a basement venue at Omvägen in Kallebäck in Gothenburg. His business idea is simple; to give all women the opportunity to be well dressed, at a reasonable price.

Per-Olof buys large volumes of coats so he can keep the prices down. "No coat, however elegant it is, should cost more than 139 crowns", he says. He is also keen to give his customers great service and his coats come in a larger size range than his competitors. Every woman should be able to find the right coat at his store!

It is an instant success.

Customers are happy and competitors are not 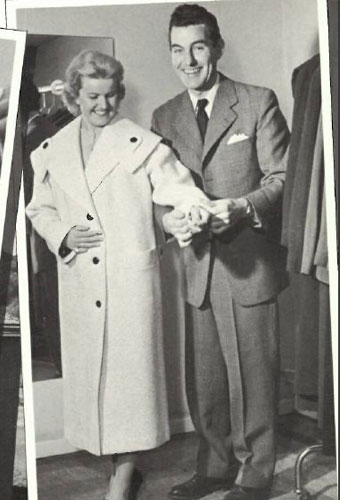 Rumours of Per-Olof's store spread, and soon customers are lined up outside to buy his coats.

Coach trips are organised to this little basement store. Per-Olof and his sales assistants are soon selling 400 coats a day. They hire a full time queue host and, on hot days, they offer hundred of queueing customers ice cold soft drinks straight from the factory.

Per-Olof is given the nickname 'Kapp-Ahl' in the newspapers and this is the name he gives his store. The tram workers in Gothenburg begin shouting "Change for the Kapp-Ahl line" and "Next stop Kapp-Ahl" on the speakers.

That's where everyone is going anyway.

But Kapp-Ahl's low prices are annoying people in the industry. The competitors worry about their profits, and they join forces to get suppliers to boycott Per-Olof's store. Coats have to be shipped in unmarked boxes and be unloaded on secret forest roads. A lot of people want to jump on the bandwagon of the successful concept, and companies such as Kapp-Tage and Milk-Ahl begin popping up. But Per-Olof takes on every challenge, customers love Kapp-Ahl and they just keep growing in numbers.

One year after setting up, Kappahl has a turnover of MSEK 4.5. Ten years after starting the company, Per-Olof has opened 25 stores all over Sweden.

The coat revolution has become fact.

'We will give many people the opportunity to be well dressed,' said Per-Olof Ahl in 1953. And we are still saying this.

A wide selection for a lot of people

A lot has happened since then. The coat was our best seller for many years, but in line with opening more stores we have also extended our selection. In 1959 we started selling menswear and in 1978, we launched our first childrenswear collection. Since then we have opened stores in Norway, Finland and Poland. Since 2010 we have been named the best workplace in Sweden, twice.

Giving many people the opportunity to be well dressed, was Per-Olof Ahl's motto when he opened his basement store over 60 years ago. Today Kappahl is one of Scandinavia's largest fashion retailers with hundreds of stores and thousands of employees.

But our driving force remains the same: Value-for-money fashion for the many people. 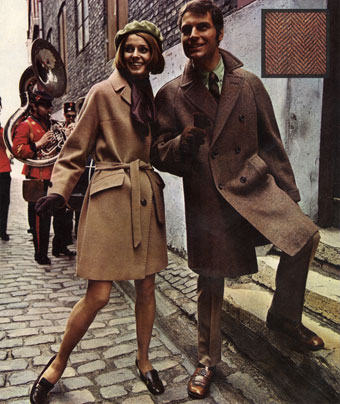 ...our first collection of organic clothes was launched as long ago as 1993.

...our customers influence our collections. Several special collections have been brought back at customer request, such as the romantic Vintage Stories.

Landmarks in our history

1953: Per-Olof Ahl opens his coat store in Gothenburg. His business idea is to sell high quality coats at reasonable prices. The success is instant.

1954: Per-Olof is given the nickname 'Kapp-Ahl' in the newspapers, and decides to change the name of his store to this.

1963: Ten years after setting up, Kappahl has 25 stores and is now also selling menswear. The coat is still the number one best seller.

1993: Our first collection of organic clothes was launched.

1997: XLNT, the collection for fuller sizes, is made a permanent part of the range.

1999: Kappahl is the first fashion retailer in the world to receive environmental certification. The first store in Poland launches.

2006: Kappahl is listed on the Stockholm Stock Exchange.

2010: We open an education centre for female textile workers in Bangladesh.

2011: We launch our online retailing operation and start up our successful customer club.

2012: We consolidate and promote our sustainability commitment, now known as Responsible Fashion.

2013: We celebrate 60 years of fashion. Kappahl signs the Accord on Fire and Building Safety in Bangladesh, an international industry-wide initiative to create safer working conditions for textile workers in Bangladesh.

2014: Our popular babywear collection Newbie, is relaunched as an independent retail chain with the opening of the own-label flagship, Newbie Store, in Stockholm.

2015: Sustainability-labeled fashion accounts for 19 per cent of our range.

2017: Newbie continues to expand, and in addition to stores in Kappahl’s four markets, the first Newbie Store opens in the UK. Newbie gains its own online store, initially serving the UK.

2019: Kappahl is delisted from Nasdaq Stockholm after being acquired by Mellby Gård AB.

2020: Kappahl expands further and opens e-commerce in Denmark. Sustainability-labeled fashion accounts for 70 per cent of our range.

2021: We launch the brand Minories, whose gender-neutral clothes gives every child space to be themselves.

Who we are From cotton to trousers